“Transparent Separation” has been touted by HR professionals as an alternative to simply “canning” someone.  In this new improved version, the manager gives the employee an opportunity to quit but does not initially set an end date. From that point forward, every attempt is made to encourage the employee to leave, including giving them a good reference and time off for job interviews.

David Siegel, Professor of Management at Columbia University and CEO of Meetup began promoting a method of firing employees a couple of years ago which he says is “both more humane and better for the company culture and the business.” It’s called “Transparent Separation.”

It has since been touted by HR professionals as an alternative to simply “canning” someone. In this new improved version, the manager gives the employee an opportunity to quit but does not initially set an end date. From that point forward, every attempt is made to encourage the employee to leave, including giving them a good reference and time off for job interviews.

Used selectively, he describes this experience as mostly a positive one – good for the employee (who has time to make the necessary transition), good for the company (through better PR and reduced legal risk), and good for the employee’s co-workers (who won’t be subjected to the trauma of suddenly-disappearing colleagues).

Used exactly how he describes it – by a caring manager wanting to transition an “underperforming” employee – this does, indeed, seem like a viable option.

Unfortunately, like all good ideas, this is one that has obvious potential for widespread abuse.

One thing Dr. Siegel (at that time CEO of Investopedia) carefully avoided mentioning was this: Getting an employee to leave voluntarily is MUCH less expensive in terms of unemployment claims and severance packages, or the cost of retraining a long-time employee for a job that currently exists within the organization.

Responsible managers and employees may feel that the term “underperforming” speaks for itself, but a lot of us are not really THAT responsible. This category can cover a wide range of transgressions from wasting company time and resources, to failing to keep up with organizational changes, to refusing to stroke the boss’s ego.

Underperformance is not age-specific, but workers over 50 can easily find themselves in this category if they are long-term employees with higher salaries, more accrued PTO, and more seniority than their immediate superiors on the organizational chart. 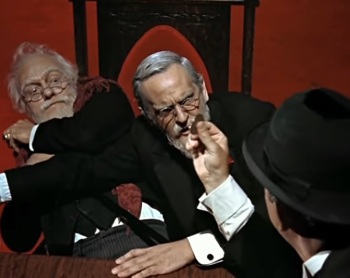 Generation X entered the workforce at a time when longevity was a desirable career aspiration. The goal was to pick a career, focus on it, nurture it, and stay with it until it was time to retire. As a result, these people know their jobs – maybe a little too well? It’s not uncommon for employees in this demographic to seem complacent about a job they can now do in their sleep, or dismissive of a project manager who wants to constantly “re-brand” recycled ideas and redecorate the office to encourage “collaboration.”

In the past, employees with decades of industry knowledge were considered valuable resources, but now they are increasingly seen as barriers to progress due to their constant reminders that, “We’ve seen this before; it didn’t work last time, and it won’t work this time either.”

If allowed to fester, this makes for a very toxic environment. Soon the entire department will be “underperforming.” So what’s the solution?

How do you get rid of older workers?

While there are all sorts of legalities to navigate in dismissing employees nearing retirement, the real difficulty is often more of a “human” one.

So, for years, managers have been avoiding such a direct confrontation by getting creative. They might step up their efforts to make retirement (or early retirement) mandatory or irresistible. They might just eliminate the job (and then “rebrand” it so as to attract a younger candidate). They might start nit-picking the employee’s performance – selectively writing up warnings and reprimands for typos, extra minutes taken for breaks, or internet usage. They might rearrange the reporting structure and job duties of the older employee in such a way that it becomes impossible for that employee to network or update skills for potential advancement within the company.

Or they might give the employees an opportunity to resign, and call it “transparent separation.”

Is it possible to avoid a Transparent Separation?

Regardless of age, or employment status, it’s important to update your skills. Whether you will use those skills within your current organization or in a new job, keeping your mind and talents sharp is always a good investment.

It’s also important to resist the urge to be the one who is always poo-pooing new ideas. Even if you’ve seen the idea tried before and it didn’t work. Think about how you want to be treated when you have a new idea and treat others (young and old) with the same respect.

Ultimately, though, it’s important to choose your battles wisely. There may come at a time when your energy is better directed toward finding a new career and just let the old one die naturally.